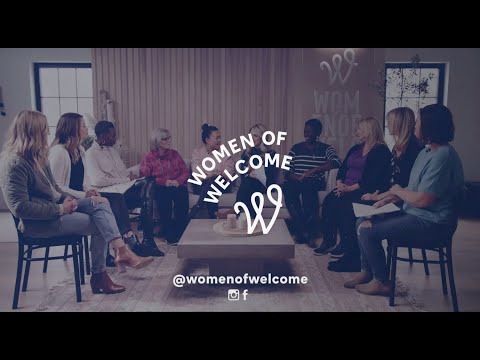 Back in early 2017, “Zero Tolerance”, a family separation policy was piloted at several sectors of the Texas/Mexico border in an effort to deter migrant families from coming to the border. This program became an official policy sometime in late 2017 and continued until Christians and other Americans raised their voices for this policy to stop. The policy was ordered to cease in June of 2018 but widespread reports raised flags that family separation was still happening. The videos in this project are taken from legal testimonies collected in 2019, by a group of lawyers who were visiting two facilities in Texas along the U.S./Mexico border as part of a routine evaluation of the conditions in immigration detention, part of their work as monitors for the Flores Settlement Agreement. Customs and Border Patrol officers randomly selected children and brought them to a conference room to meet with these lawyers.

Most of these lawyers had visited immigration detention centers many times over the course of their careers. However, it was the first time that they saw conditions that were so concerning -violated so many protection policies- that they decided to break their confidentiality agreements and take these stories to the press. When they put these stories into the public domain, they redacted all identifying information to protect the identity of the children, which is why some stories have missing words and initials instead of actual names.

The zero-tolerance policy was ordered to end in 2018. Since these stories were captured in 2019, it confirms that extreme family separation was still continuing for at least one year after the policy was “officially” ended.

In the videos below, you’ll hear Christian women read the sworn testimonies of these children held in the custody of the United States government. They’ll brave these hard-to-hear stories together and as a group ask honest and important questions in an effort to learn more about their place in it all.

As you listen to these stories, you’ll hear the word “exhibit”.  Exhibit is a legal term for evidence, as these stories are currently part of a legal process that is evaluating whether or not the U.S. Government provided or is providing adequate care for children in our country’s care.

Listen to these stories (8 videos), watch the discussion (last video listed). After you do, you’ll probably want to know if you have a place in this as well. What you can do? How can you help? We have a resource for that. Be encouraged, there are many ways to enter into this space. 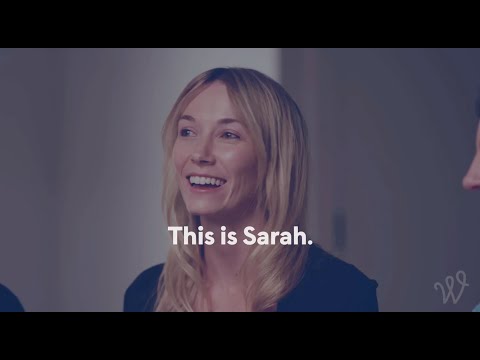 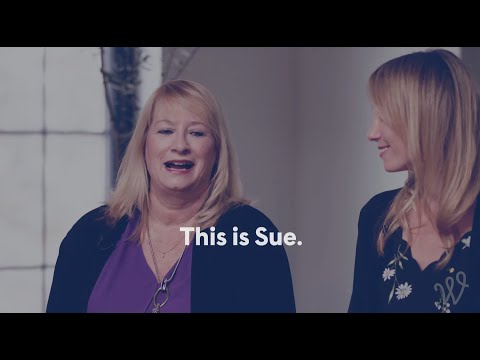 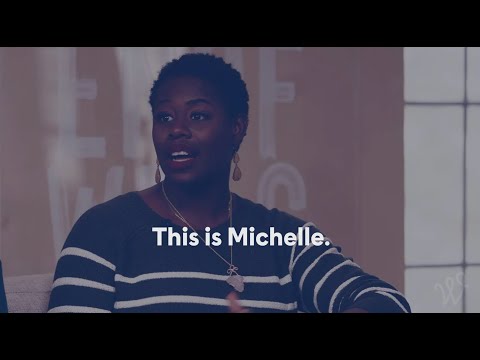 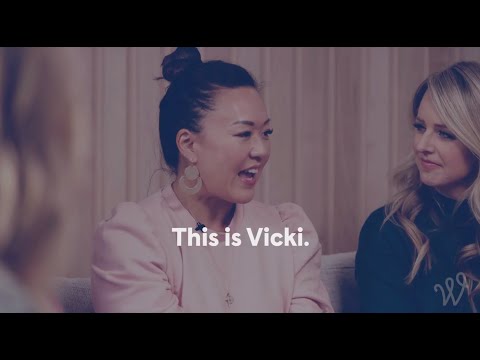 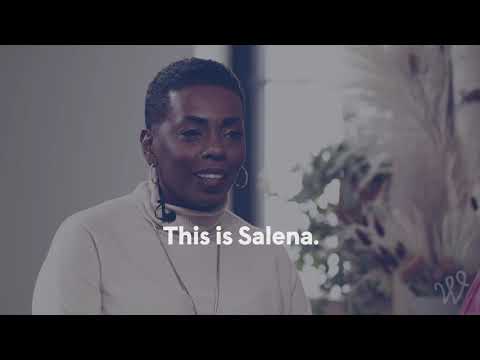 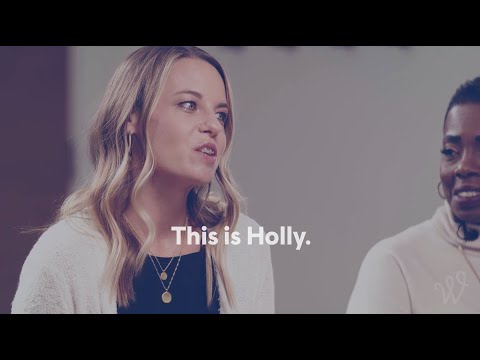 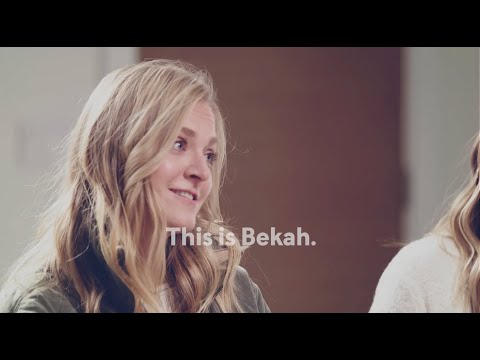 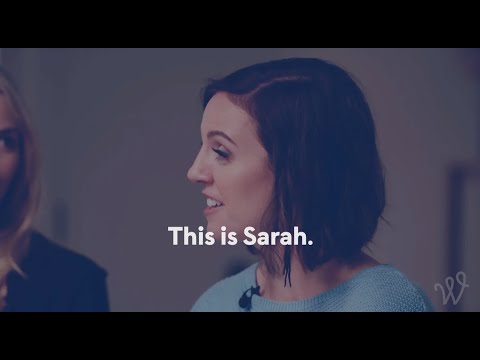 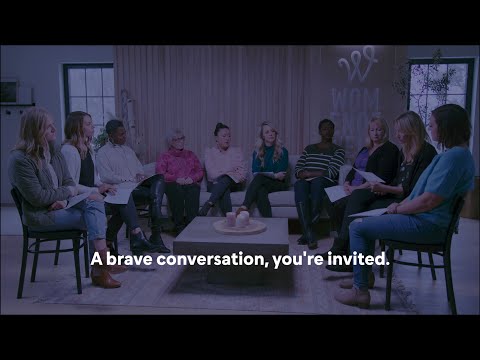 These stories are only some of hundreds of sworn testimonies of children held in detention centers in 2018 and 2019. These declarations were filed in the class-action lawsuit Flores v. Barr, which began in 1985 to address the mistreatment of migrant children in detention facilities. The declarations were collected by immigration lawyers from different universities and institutions. All the children swear under penalty of perjury that their declarations are true and complete to the best of their abilities.

You can learn more about this project here.

Many of these stories are from children who were separated from their parents during the implementation of the “zero tolerance” policy in the summer of 2018, when the U.S. government chose to criminally prosecute all adults who crossed the border instead of applying misdemeanor charges, as had been the common practice. Legal protections for migrant children, many of which were established by the Bush administration, prevented children from being detained in adult criminal facilities along with their parents, and so many children were separated from their parents. Zero tolerance resulted in at least 4,368 families being torn apart, and the Trump administration did not put in place a system of tracking the separations or making plans for eventual reunification. Many of the children were placed in crowded and under resourced shelters operated by the Department of Health and Human Services. The 2018 policy, as well as a lack of planning and resources for arriving children that continued into 2019, led to the horrific conditions you hear in these children’s testimonies.

Yes, these practices are no longer being employed. In response to widespread criticism from Members of Congress, faith groups and the general public, the Trump administration ended the Zero Tolerance policy in the fall of 2018. But conditions for migrant children remained poor throughout 2019, with many children held for prolonged periods in crowded holding centers without being reunited with their waiting family members. In 2020 during the COVID-19 pandemic, the Trump administration began expelling children to contexts of potential persecution and trafficking immediately after they arrived, in some cases secretly holding them for short periods in hotels in the U.S.  to facilitate the rapid expulsions.

Conditions have improved, but they are still not ideal for children’s well-being. In January, the Biden administration stopped expelling unaccompanied children at the border and allowed them to enter the U.S. in accordance with the law. A subsequent increase in unaccompanied children at the border resulted in some shelters and facilities reaching capacity. During February and March, many children were detained longer than the legal limit of 72 hours in overcrowded Border Patrol holding centers, which are not designed or staffed to care for children.

This prompted the Biden administration to open 15 emergency housing sites with FEMA and the Department of Health and Human services to get children out of CBP (Customs and Border Protection) custody faster. Since then, the number of children in CBP facilities has fallen by at least 88% since its peak in March. Some of these emergency facilities do not offer a full range of services for children. Investigations into some emergency intake sites have revealed unsafe conditions and abuses of children, underscoring the need to quickly process children into the care of their family members, transitional foster care, or into licensed facilities. The administration has also faced difficulty opening new facilities for children in a few states where governors have refused to cooperate.

Some of these children have been reunited with their families, but many have not. As of October 2020, 545 children separated at the border have not been reunited with their families, about 60 of whom were under the age of 5 when separated. Volunteers and non-profit organizations have taken the difficult work of reconnecting families with little assistance from the government. However, on February 2, 2021, President Biden signed an executive order creating a family reunification task force and committed to implementing immigration policies that protect family unity. The task force continues to reunite families when possible and provide support services to the children and families affected by the zero tolerance policy. As of early June, the task force had successfully reunited 36 families.

When children who arrive at the border are determined to be unaccompanied, they are required by law to be transferred from CBP holding cells, where they are first placed, within 72 hours. From there they must go to Office of Refugee Resettlement (ORR) shelters within the Department of Health and Human Services. ORR works with child welfare professionals to provide security, food, clothing, medical care, sanitation, mental health services, appropriate classroom education, and unification services facilitating their release to family members while they continue with their immigration court cases. Currently, most children are quickly moved to ORR care, but they are being held in emergency sites which do not all offer the full range of services listed above. Due to a lack of case managers, hundreds of children have been kept in these emergency shelters for over 60 days. Reports of food shortages and lack of mental health care have raised concerns, and new Flores testimonies indicate extremely poor conditions at multiple locations. Ideally, children would be rapidly moved on to licensed facilities, transitional foster care, or their family members.

We can advocate together and stand up for vulnerable children, insisting that our government always prioritize their wellbeing and protection. Our collective voices make a difference, so we need to make the current administration and decision makers hear that we care. We can urge the Biden administration to do the following:

We’re sending a letter to the current administration voicing these advocacy points. Join us and sign your name in support for these changes to happen.

How did we get here?

Many of the stories in these videos are from children who were separated from their parents during the implementation of the “zero tolerance” policy in the summer of 2018, in which all adults who crossed the border were criminally prosecuted. Legal protections for migrant children prevented children from being detained in adult criminal facilities along with their parents, and so many children were separated from their parents. Zero tolerance resulted in at least 4,368 families being torn apart. The administration did not do a good job of tracking the separations or making plans for eventual reunification, which resulted in crowded and under-resourced shelters operated by the Department of Health and Human Services. Read more about the history of family separation and its impacts in the document below.

What can I do?

The testimonies of children in the “While in Our Care” videos can be difficult to hear — but awareness of these stories drive us to insist that children never again be subjected to such treatment by our government. While these particular testimonies were from children held in U.S. care in 2019 (and not during the current humanitarian crisis along the U.S.-Mexico border) they allow for an honest realization that this kind of treatment is possible, and if unchecked can happen again within our current immigration system, processes, and procedures. Regardless of who is president, as Christians we want to stand in the gap for vulnerable children, insisting that our government always prioritize their wellbeing and protection.

All across the country, there are thousands of unaccompanied migrant children needing safe and caring homes while they wait to reunite with their family in the United States. Without transitional foster families, these children wait in shelters.

If you live in any of the following states, you can become a foster family to host a child for an average of 1-2 months: Arizona, California, Colorado, District of Columbia, Florida, Indiana, Maryland, Massachusetts, Michigan, Mississippi, New York, Pennsylvania, South Carolina, Tennessee, Texas, Utah, Virginia and Washington.

Regardless of where you live, you can join us in praying for these precious children. We have some prayer points to prompt you as you intercede on their behalf to the Lord.

We can also advocate together.

We’ve seen the power of our collective voices before in this community, so let’s keep going.

Let’s make sure this current administration knows how much we care.

With just a few clicks below, let President Biden know that we are asking him to protect migrant children.

Copyright © 2023. Women of Welcome. All Rights Reserved.
Follow us:
Thank you!